An important consideration for multilingual or multi-regional websites is to figure out how to direct the users to the ‘correct’ language and/or country version. There are several ways to facilitate the selection of country and language. The two main approaches are to either automatically send the user to a language/country version based on the users IP address (geo-location) and/or the user's language settings (language/content negotiation), or to allow the user to manually pick from a list of countries and/or languages.

A middle way exists which gives the user a ‘suggestion’ for the country or language without automatically doing a redirect.

Such companies as Nestle, Schneider Electric, SAP or Bridgestone are good example of websites which do not automatically redirect the user but provide a suggestion instead:

Nestle.com proposes to visitor to go to Nestleusa.com: 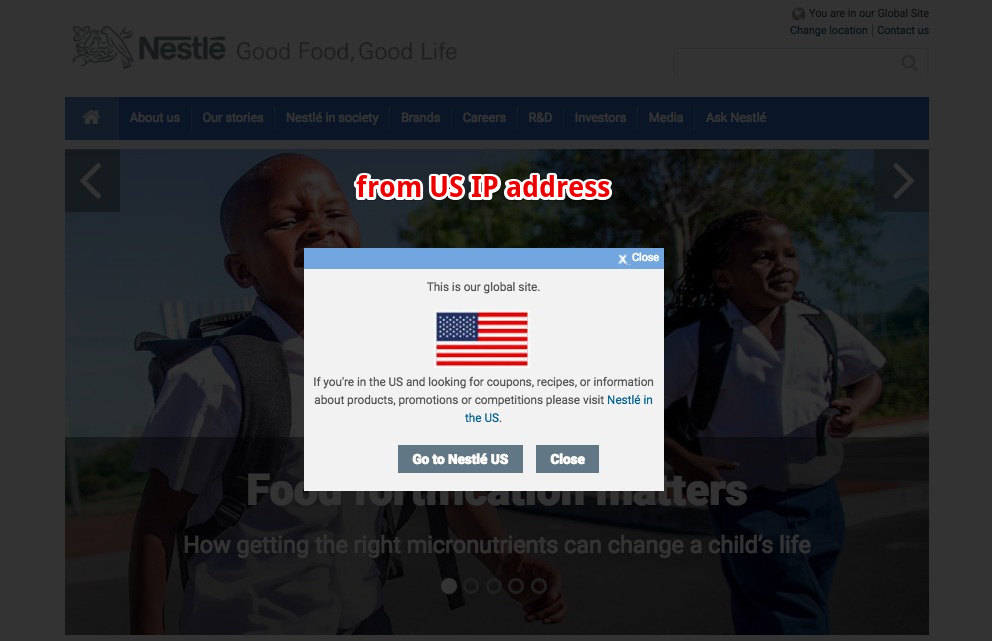 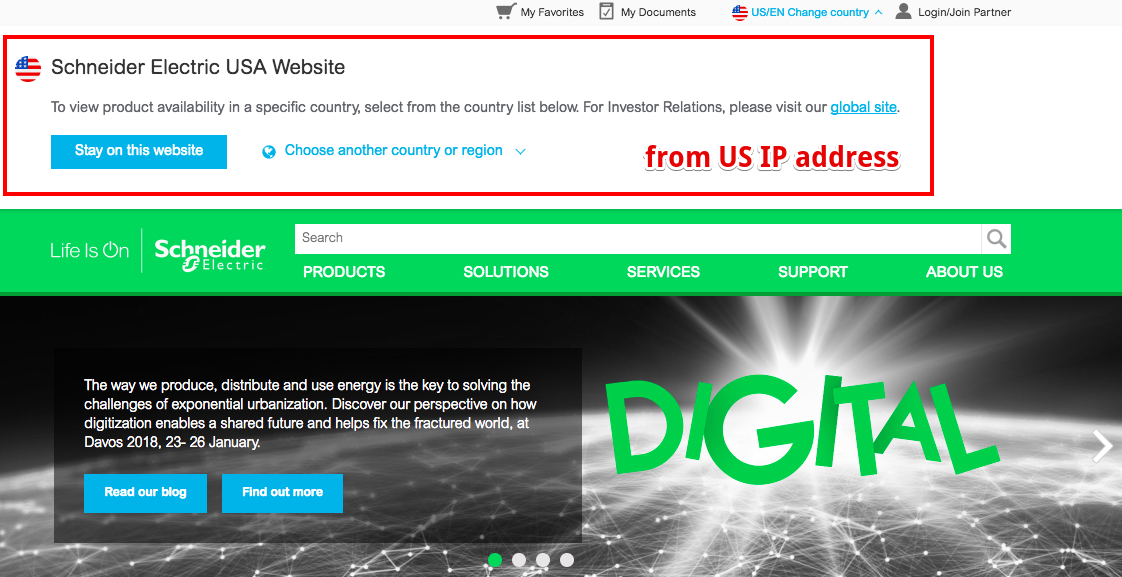 The same picture on the SAP United States website 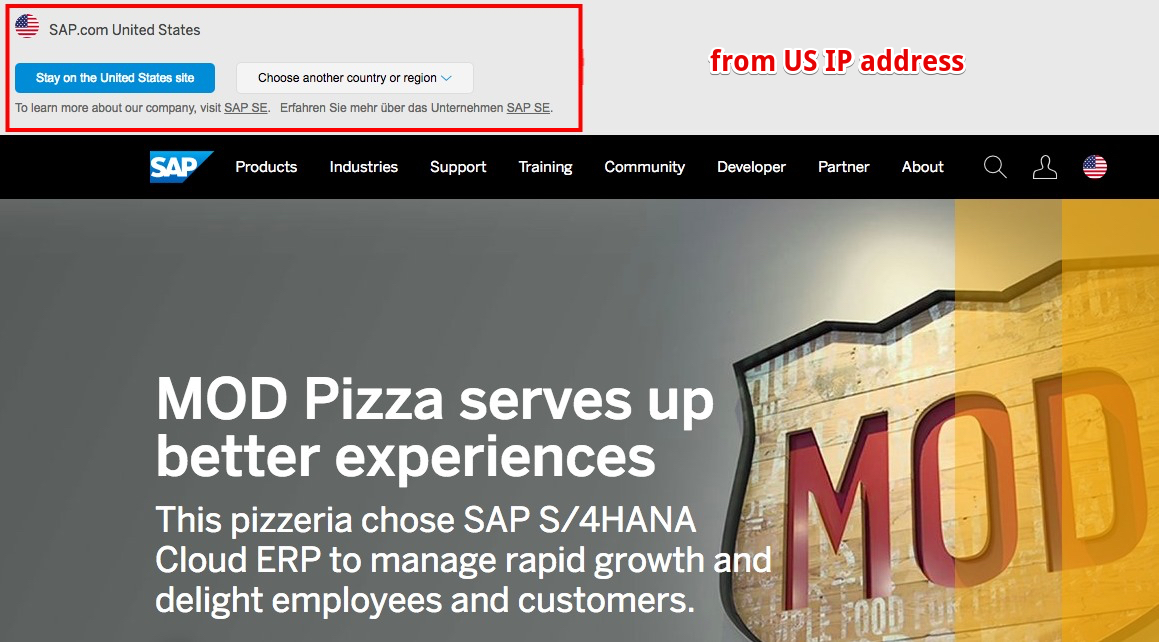 Procter & Gamble is a great example for an automatic redirect based on IP address. When a user located in the United States tries to enter the main website pg.com, he or she is automatically redirected to us.pg.com.

What about the situation in which the user does not understand the automatically offered language or if the user wants to switch to another country/language? In this case we need to provide a way to easily switch to the country/language of choice. We can do this with the use of a Global Gateway

A global gateway is a way for the end user to easily switch to the language and country website of choice.

In this article we’ll show a few global gateway examples which we found during our digital globalization research study of 1000 Forbes Global companies. Interestingly enough, only 3% of the websites from the Forbes Global list provide a global gateway.

Let’s have a look at some examples, both good and bad.

According to Internet World Stats statistics, English is still the most popular language in the internet. 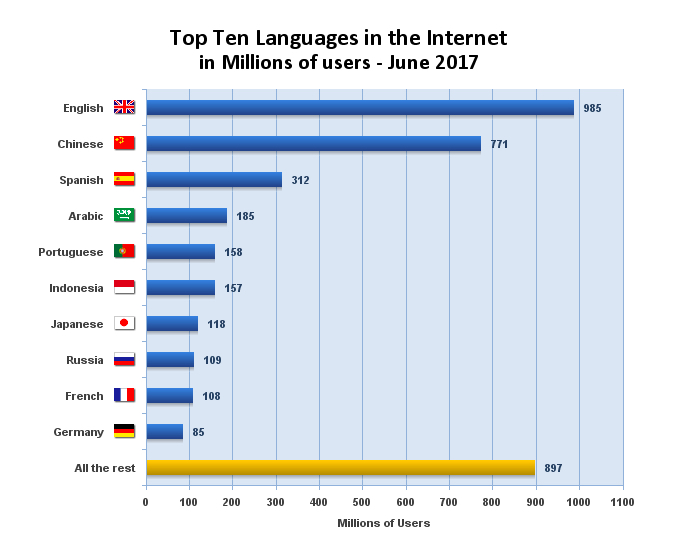 The most authoritative resource on world languages Ethnologue shows us the largest languages with the number of first-language speakers in millions. As we can see, the most spoken languages are Chinese, Spanish and English are on the third place. 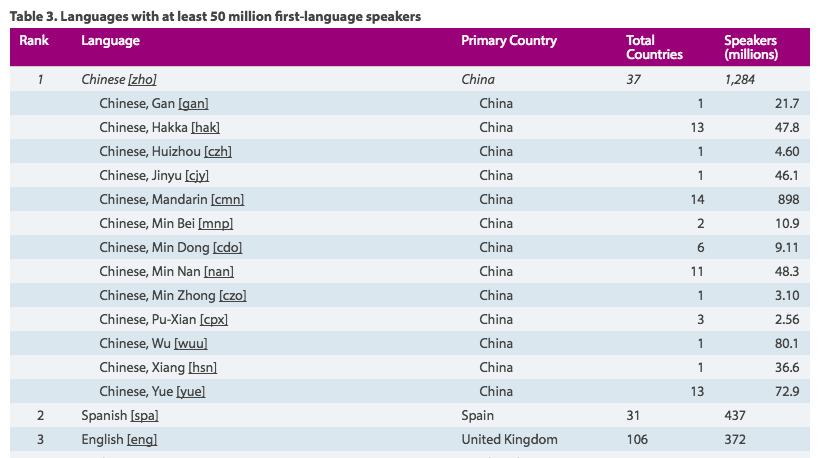 Given that English is still the most popular language on the internet it’s not a surprise to see that many gateways use English to offer country and language choices. However, it can be a good idea to translate the country and language names so that it’s easier for non English speakers to find. The same way it would be difficult for English speakers to understand that 英語 means ‘English’ in Chinese. Or that ‘idiomas’ means ‘languages’ in Spanish.

On the other hand, providing country and language names only in their own language might be confusing for customers who don’t understand these languages. In this case, it can be advisable to use both English and the translated version.

H&M for example includes two versions: one in English, and one in the native language.

If a country version is not translated, it’s a good idea to clearly indicate this from the gateway in order not to set the wrong expectations to the user. 3M does a good job with that.

If a country has more than one spoken language, make the language option clearly available from the gateway. Examples of such countries include Switzerland, Belgium or Canada. Here is how H&M makes the language choice available: 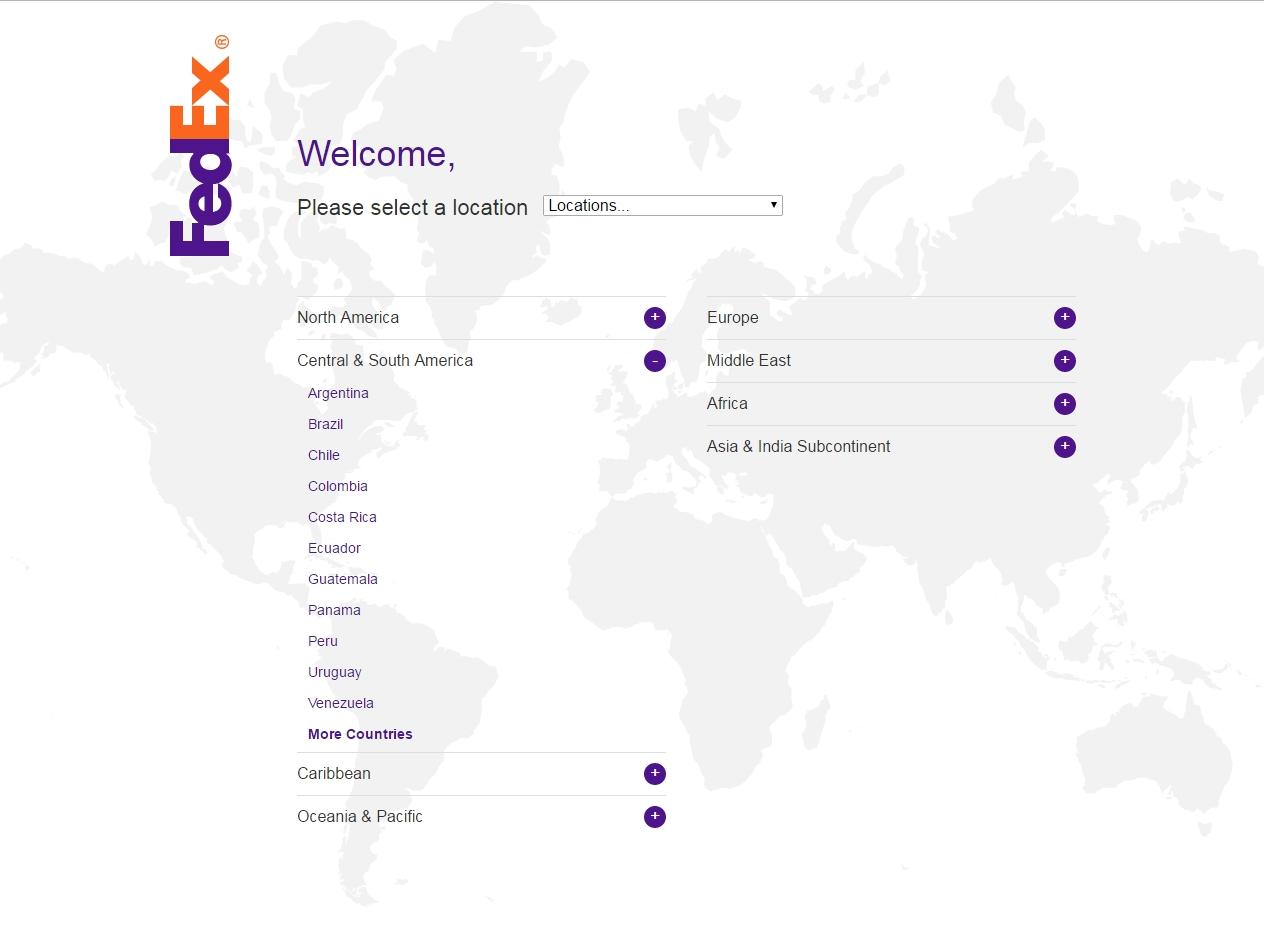 Be consistent in the way of country/language pointing in your global gateway. The following example from the Good Year's global gateway shows a mix of countries names in English and their translated options. 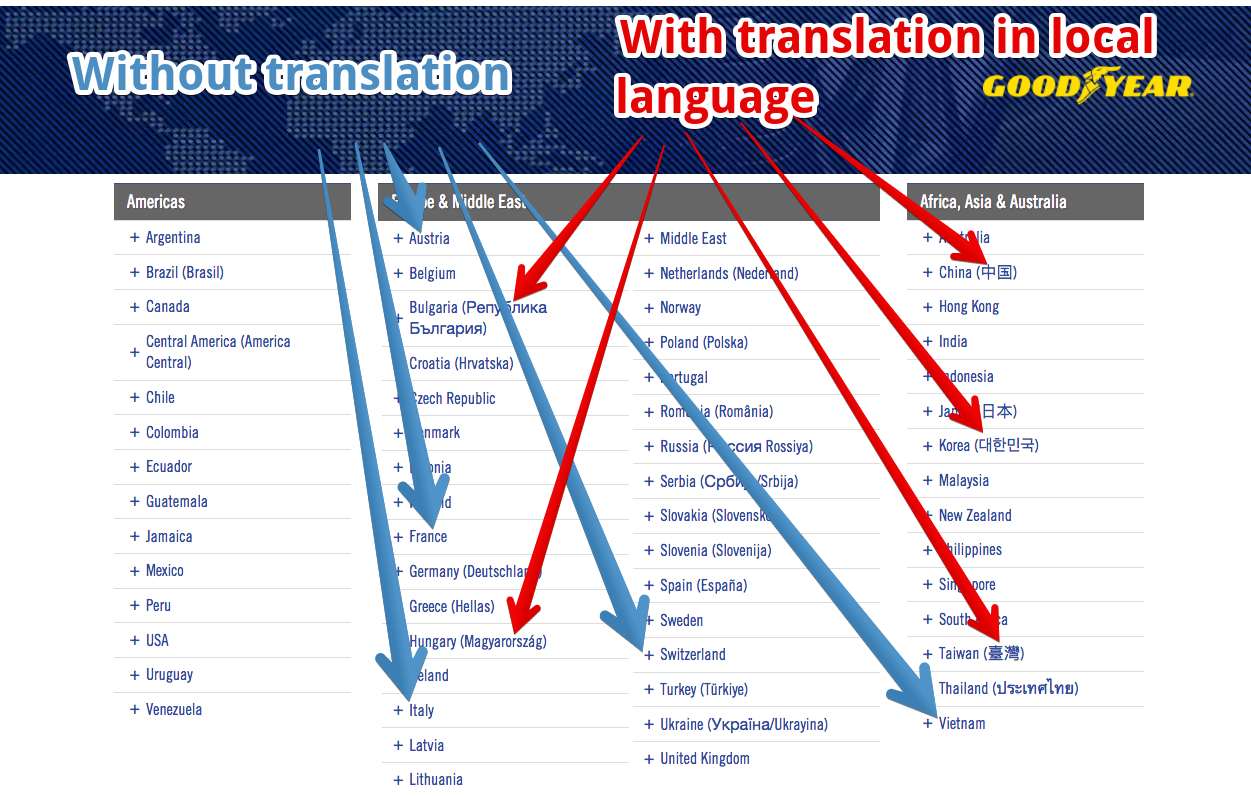 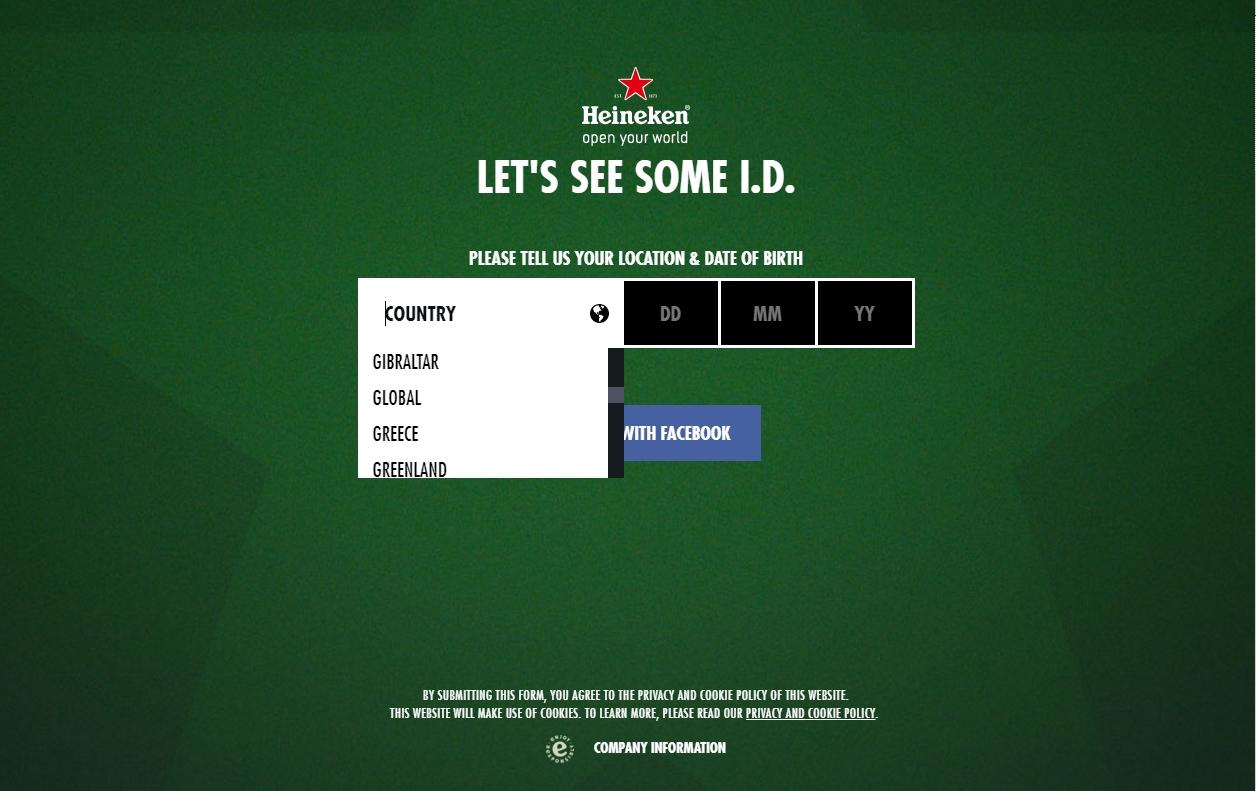 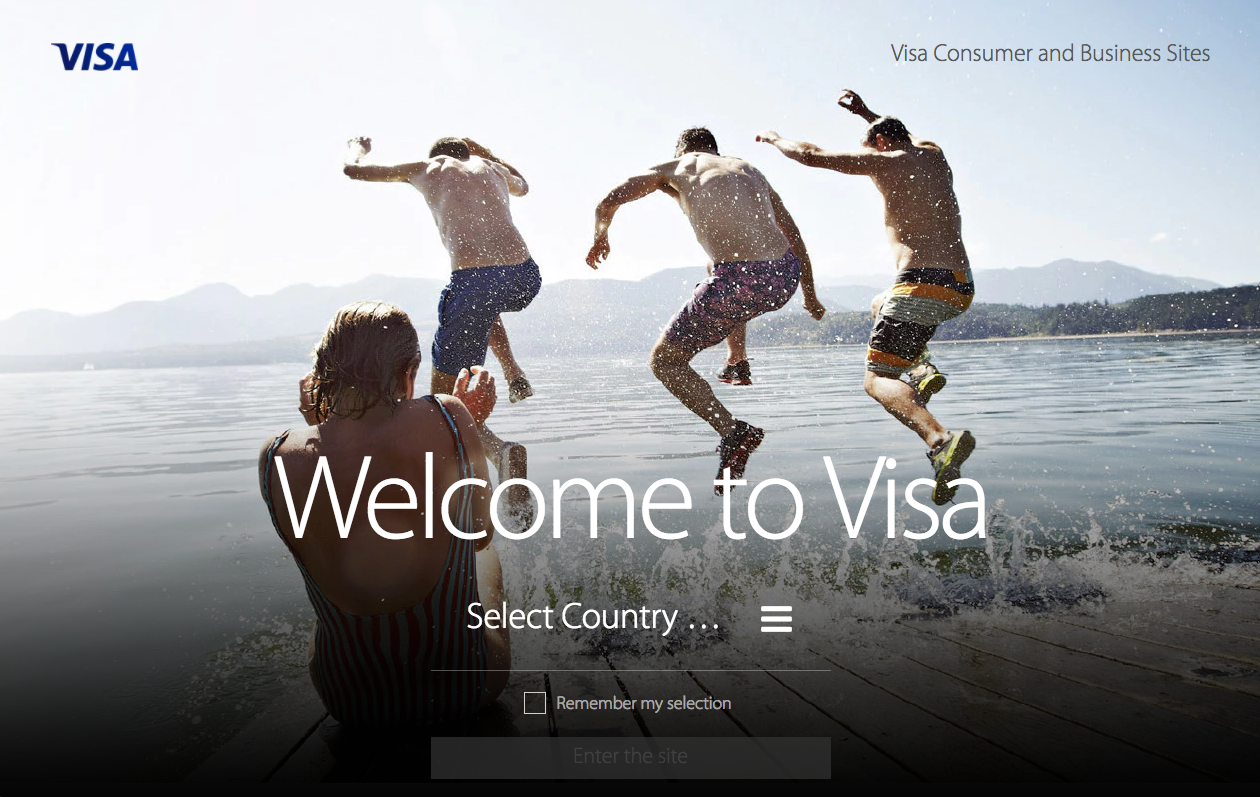 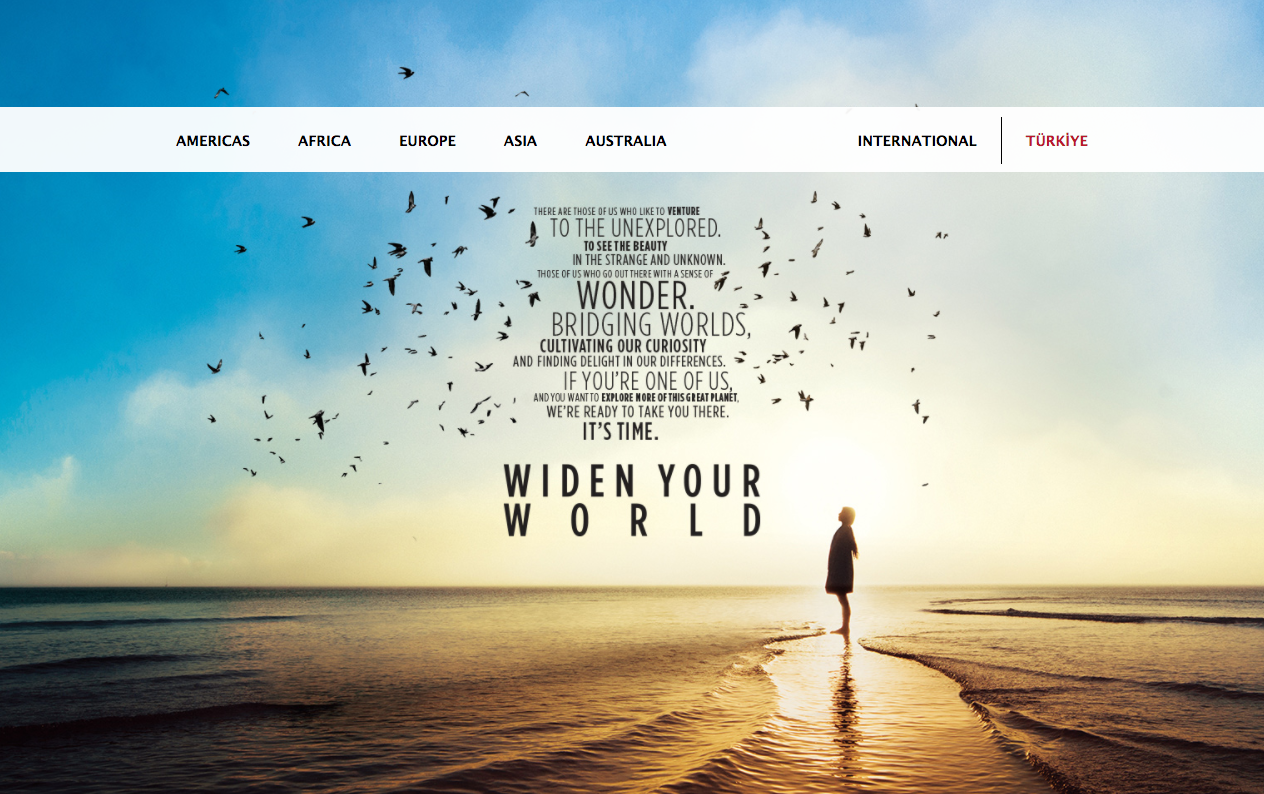 Here are a few points to keep in mind when designing a global gateway:

1.  Along with English version translate the country and language names into its native language version, thereby you ease the site usability.

2. Be consistent in selection of the country or language in your global gateway.

Use your common design standards, stay within your brand’s fonts and colours.

4. Organize the lists of countries by continents or regions.

to indicate the gateway.

6. Do not use flags to indicate language!

Which flag you would use for English language indication - American, British or maybe Australian? There is no correct answer, isn't it?

7. If you can, do not use flags to indicate country.

From geopolitical and cultural perspective using of flags can be particularly complicated and could be offending for some of your global visitors.

Global Gateway is a guide who leads visitors straight to their preferred country's website. It is important to have a user-friendly, clear, and accessible global gateway that will make a visitor’s journey pleasant.